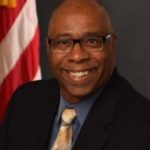 Clarence H. Carter is the Director of the Office of Family Assistance at HHS’ Administration for Children and Families, coming from the Institute for the Improvement of the Human Condition, which he founded. At that organization, he worked with state and local safety net agencies to meet the emergency needs of socially and economically vulnerable citizens.

Carter served as the Director of the Arizona Department of Economic Security, in addition to other state, federal, and local human services management positions.

During his service in the Bush Administration, he managed the Supplemental Nutrition Assistance Program (SNAP) and served as the Director of the Office of Community Services. As Commissioner of the Virginia Department of Social Services, his program was instrumental in growing the capacity of its citizens. In his first five years, more than 25,000 public assistance recipients obtained gainful employment, earning in excess of $200 million. During his tenure, Virginia’s public assistance rolls were reduced by more than half, from an all-time high of 74,000 families to a 30-year low of 31,000.

On the local level, while serving as the Director of the Washington, D.C., Department of Human Services, Carter led the design and operation of an initiative to house more than 1,000 homeless residents. It was this effort that transformed the District’s shelter-based homeless system to one based in permanent supportive housing as the primary mechanism to reduce homelessness. 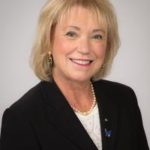 Brenda Cressey is the former CEO of Office Support Systems, a telecommunications business in Maine. She has served in many volunteer capacities with civic organizations such as the American Cancer Society.

A Rotarian since 1989, Cressey served as the first female chair and vice-chair of The Rotary Foundation. Before that, she held numerous positions in membership, the Foundation, and training. Cressey was a Future Vision RRFC Training Institute moderator, an endowment/major gifts adviser, Council on Legislation representative, RI president’s representative, 2012 International Assembly executive committee member, and its partner moderator, district governor, and RI training leader. 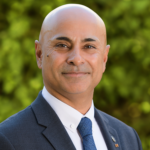 Professor Khagram most recently led the establishment of the cross-sectoral Global Partnership for Sustainable Development Data and International Open Data Charter. He also previously founded and was the architect of the multi-stakeholder Global Initiative for Fiscal Transparency (GIFT). Khagram was selected as a Young Global Leader of the World Economic Forum and authored UN Secretary-General Ban Ki Moon’s Report on the Impacts of the Global Economic Crisis in 2009. He was dean of the Desmond Tutu Peace Centre, Foundation and Trust from 2003-2005, and he was Senior Policy and Strategy Director at the World Commission on Dams where he was the lead writer of the Commission’s widely acclaimed Final Report from 1998-2000. Khagram also founded and led Innovations for Scaling Impact – a global enterprise from 2007-2012.

Khagram was the John Parke Young Professor of Global Political Economy, Diplomacy and World Affairs at Occidental College from 2012–18. He was previously a Professor and the Founding Director of the Center for International Development at the University of Washington. From 2008–10, he held the Wyss Visiting Professorship at the Harvard Business School. Khagram was an Associate (and Assistant) Professor at Harvard University’s JFK School of Government and Visiting Professor at Stanford University’s Institute of International Studies between 1998–2005. He has also taught in numerous universities around the world including the Monterrey Institute of Technology (Mexico), Tata Institute of Social Sciences (India), Lee Kwan Yew School of Public Policy (Singapore), University of Cape Town (South Africa), University of Rio de Janeiro (Brazil), and Central European University (Hungary).

Khagram has worked extensively with global start-ups, corporations, governments, civil society groups, multilateral organizations, cross-sectoral action networks, public-private partnerships, foundations, professional associations, and universities all over the world from the local to the international levels. He has lived and worked for extended periods in Brazil, India, Kenya, Mexico, Nigeria, South Africa, Thailand, Germany, and the United Kingdom. Khagram is of Asian Indian heritage, a Hindu, and a refugee from Idi Amin’s Uganda, which brought him to the United States in 1973 via refugee camps in Italy. He is the proud father of two sons. 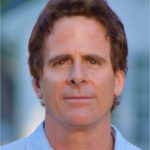 John Viscount, Writer: John Viscount is a screenwriter, composer, author, and producer. His film, Admissions, stars Academy Award® nominee, James Cromwell, and addresses the Middle East conflict and the power of forgiveness. It has won 26 international awards and been translated into Italian, Hebrew, German, Arabic, Farsi, and Spanish, and broadcast to 80 million homes in the Middle East. Admissions continues to screen all over the world and is part of the world-renowned forgiveness curriculum at The Stanford University Forgiveness Project. John also wrote and produced the theme song to the film, The Time Is Now, which was a finalist in the Global Peace Song Awards. To watch the 20-minute film: https://pepstar.org/peace-entertainment-admissions/

John is currently in development on his next short film which tackles cyber-bullying called, The Principle, which he will be directing and producing. (Watch the trailer for The Principle at: https://pepstar.org/projects/a-short-film-about-cyberbullying/.) John is also the author of Mind What Matters. A Pep Talk for Humanity and creator of the play, The Resolution. Additionally, he is Founder & CEO of The Peace Entertainment Project, Inc.(PEPSTAR.org) a non-profit that provides fiscal sponsorship, creative mentoring, and a media platform to inspiring content creators who address life’s challenges and promote peace. 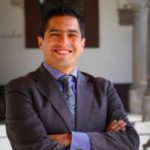 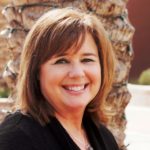 Lisa Jernigan states, “My world view and theology were disrupted with two simple invitations from friends. The first invitation was to attend a Telos Conference and the other invitation was to go experience the “holy land” differently. My husband, Cal and I were asked to go to Israel/Palestine, not as typical tourists, but as listeners and learners of narratives from both sides of the wall. Neither one of us had any idea at the time what life-transforming experiences these would prove to be for us. Both would literally change the trajectories of our lives and life purposes in profound ways.”

“Now that I have seen I am responsible, was a quote I ran across in my pre-trip preparation for my first peacemaking pilgrimage and it was also a quote I saw spray-painted on the wall in the West Bank. With this simple sighting, God got my attention in a very personal way. This began my journey of immersing more deeply into the ways of peacemaking amidst the backdrop of this particular conflict. This immersive encounter became a huge catalyst for transformation in my life. And so my global journey was launched.”